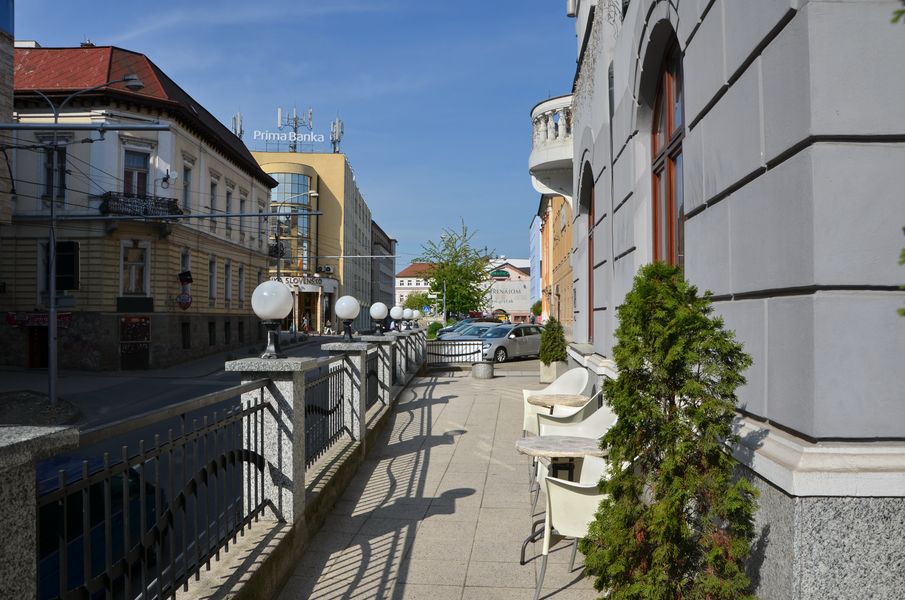 The Art Nouveau style building now home to the Dubná Skala Boutique Hotel ****, was originally built by Jozef Karas from 1906 to 1913 as a three-storey house to replace the old wood and wattle houses. Jozef Karas sold spirits and also had a restaurant. One of the last owners of the Dubná Skala Hotel was JUDr. Vojtech Tvrdý, mayor of Žilina and politician from the time of the first Slovak Republic. He lived here with his family and ran an office from 1939 to 1945. In 1953, the family had to move from Žilina to Čachtice. Vojtech Tvrdý was employed in the provincial archive in Trenčín. He had excellent linguistic skills – in addition to Hungarian, Latin and German, he also spoke Aramaic and Hebrew.
In the socialist era, Dubna Skala was known as a wine bar and restaurant where gypsy music was played. At that time it belonged to a state enterprise called Žilina Restaurants. Until 1990 the design office of a state enterprise called Steelworks was also situated here. The building was structurally altered over the years, mainly in 1984, by state-owned Žilina Restaurants, fortunately not significantly enough to alter the appearance and function of the building. Extensive reconstruction and modernisation took place in 2006 at the behest of the new owner of the hotel, and the original appearance of the building and its unique atmosphere were also retained. Today the four-star hotel continues to uphold the long tradition and name.