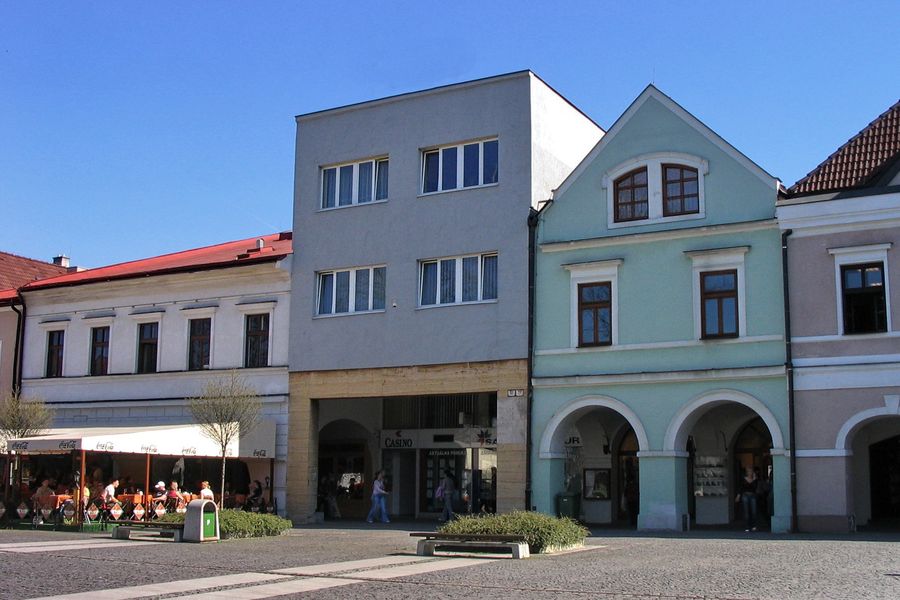 The first known owners were the Rajčáni family in the 18th century. However, the house was sold in 1752 to Mikuláš Kubica for 1255 gold coins. The Kubica family owned the building until 1786, when it was bought by Juraj Dlabač from Ondrej Kubica’s heirs. It was the only two-storey house on Marianske Square at the end of the 18th century. Štefan Kadurík, a timber merchant, bought the building in 1798, but had already sold it by the beginning of the 19th century. House number 27 changed owners very frequently. For example, Count Anton Pongrác bought it at auction for 3000 gold coins in 1821. Móric Ripper is mentioned as being the owner in 1884. He bought it for 5000 gold coins. He didn’t owned it for long, however; selling it in 1886 to a town lawyer, historian, archivist, and patriot – one of the most important historical figures in Žilina – Alexander Lombardini. Ripper made a profit on the sale, because he sold it for 9,600 gold coins, which was more than he had bought it for two years previously. In 1897, following the death of Alexander Lombardini, the building belonged to his only daughter Gabriela, who lived in Bratislava. She sold the house in 1901 to Móric Ripper, the owner of a distillery. After his death his heirs sold one part of the house to Tereza Preiss and the second to Rudolf Preiss, who made radical changes to the house in 1934. In the same year, they demolished the building and commissioned architect M M Scheer to design a new functionalist building, which unfortunately did not blend in with the rest of the square. The family owned the building until it was confiscated in 1961. From 1934 until the end of socialism a dress shop was located in the building.