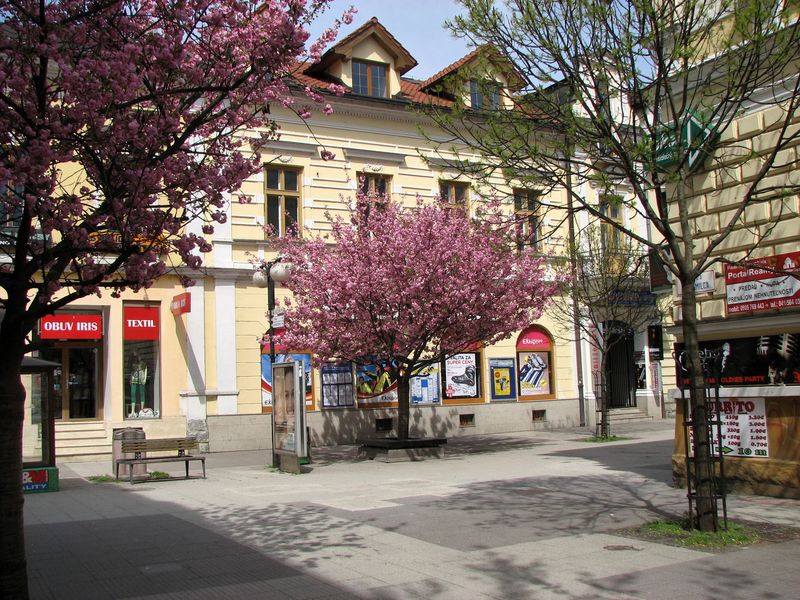 A two-floor Secession house with a cellar was built in 1899 by Nicolleto – Mikuláš Rauter, a well-known builder from Žilina, originally coming from Italy, (he also built one of the most beautiful secession buildings in Žilina – Rosenfeld’s Palace). In the same year the house was purchased by Móric Ripper. He owned a thriving distillery firm that had been established in 1873. In 1920 the distillery firm was changed into a joint-stock company called M. Ripper a Synovia úč. spol. (M. Ripper and sons, accounting unit).
However, spirit and spirit drinks were produced at Peter Ráth Street, today Hviezdoslavova Street at Hungária chemical plant. They had been producing classic alcohol drinks, such as borovička (juniper brandy), slivovica (plum brandy), brandy, and liqueur and also two specialties protected by a trademark “Ripperovka – stomach medical bitter liquor” and “Ripper’s medical borovička”. From 1925 the distillery had new owners - Leopold Kulka and Marek Reich, owner of one of the biggest hotels in Žilina standing at the beginning of Vurumova Street, who kept the trademark Ripper. Leopold Kulka became the next owner in 1937. He, his wife and their two daughters lived in the building as well. The firm kept producing liqueurs under the original trademark also after 1939, in spite of the fact that the Rippers did not own it anymore.
In 1939 to 1945 the firm had several owners, and after 1945 Leopold Kulka became the distillery owner again. His life was very chequered since he survived a concentration camp in Russia during the First World War, then walked through Siberia to the USA and returned to Žilina, survived the Holocaust, and died of a heart attack after the distillery was nationalised in 1948. After 1908, a duct, a sewage system and electricity were installed in the house. The firm that owned the house was using it for administration purposes. There were flats in the house and on the first floor there was a shop consisting of two rooms with an entrance from the street. In 1928 the first floor was reconstructed and turned into a restaurant and bar, where their own drinks were sold, and also had a kitchen and social facility. The reconstruction was designed and carried out by a well-known builder Armín Windlholz and his firm.
It is interesting that the walls had to be insulated by cork boards because a neighbour was objecting to noise. The house was rebuilt in 1932 according to the design by architect Zweigenthal. They also intended building a new distillery behind the house, outside the plot; however this was never carried out. Other reconstructions and extensions were made in 1947 in the yard. After the distillery was nationalized, the house was only used for residential purposes. After 1955 the house was acquired by the plant Súľov with its seat in Bytča, which was processing wood for producing skis and sleighs. It rebuilt the yard into warehouses and spraying facility. From 1961, the house belonged to Pokrok, a production cooperative from Žilina that performed a large reconstruction of both the house and the yard. They built an administrative building and workshops in the yard, changed the façade of the front side and replaced wooden windows by aluminium ones. Pokrok was producing and selling lights, was operating a goldsmith’s workshop and clock repair service. After 1990 the house was restored and reconstructed again.